SEA STORIES IN THE CITY OF LOVE

A few steps away from the Arena of Verona and the Adige River, between streets full of art and history, there’s a small alley where you can find an historical Scaliger palace: it’s the new home of Fishing Lab. Here, the main characters are the raw food station – where raw fish is prepared right in front of the customer’s eyes – and the atmosphere which resembles the sea.

The rooms tell the story of the strength of the sea, which has left its mark on lost objects from places far away, resulting in a contrast between caos and calm that only the sea can create.

Creels, once used for fishing, now light up the scene. A school of shiny fish remind us that unity is strength. Old and tired ropes are resting on the ceiling, gently brushing ancient frescos. They bear with pride the marks of time and play with the light passing through the windows, creating a dance of glows and shadows which, swinging, resemble the feeling of a boat on a quiet day.

Man and sea: an unbreakable bond, symbol of extreme freedom. 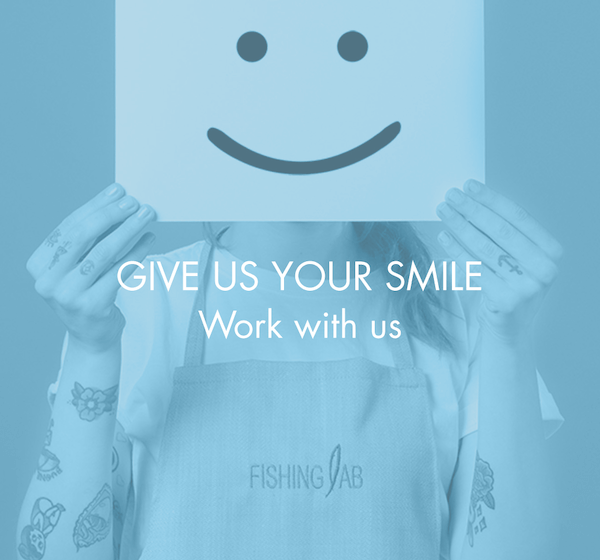